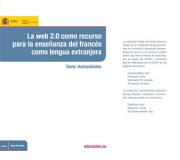 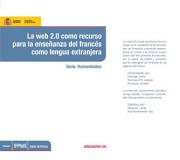 In terms of the impact of integrating Web 2.0 technologies on learners’ language ability, the most commonly reported benefits are increase in students’ writing confidence, facilitation of students’ use of writing strategies, and enhancement of students’ overall writing skills (Armstrong & Retterer, 2008; Arnold et al., 2009; Ducate & Lomicka, 2008; Kessler, 2009; Lee, 2010; Mark & Coniam, 2008; Raith, 2009; Zorko, 2009). For example, results in Armstrong
and Retterer’s (2008) study revealed that all participants felt more comfortable when writing in Spanish and more confident in their ability to use Spanish verbs after a one-semester blogging experience. Another study (Arnold et al., 2009) found that both groups of German learners in two different wiki writing projects made considerable revisions related to content and formal accuracy, which contributed to the improvement of their overall L2 writing quality.
Moreover, Ducate and Lomicka (2005) discovered that students perceived blog writing as a helpful way to practice vocabulary and grammar, which was conducive to enhancing
their L2 writing skills. In addition, the results of Mark and Coniam’s (2008) study revealed that EFL learners in Hong Kong, after using wikis, wrote significantly more words than expected in the last phase of a study exploring the use of wikis, and that they made a large number of revisions including expanding, reorganizing and correcting in the writing process, when compared to the first phase of the study.

Although it is clear that Web 2.0 technologies yield great potential in their application to L2 education, the studies reviewed here have also identified some potential pitfalls that researchers (and practitioners) should be aware of. More specifically, the interactive potential of Web 2.0 technologies may come with its own set of associated challenges. For instance,one study (Lee, 2006) found that in an authentic blog environment, students felt frustrated by their inability to distinguish between standard and non-standard forms of the target language,which could ultimately affect their language use in other situations. Another study (Kessler, 2009) found that when writing their blog entries, students tended to focus their attention on the creation of meaning and to be far less concerned about the accuracy of language output. In yet another study, students indicated that they considered their blogs to be a private place for them to describe, explore, and express their own ideas and feelings in the target language; in other words, they did not fully exploit the interactive potential offered by the technology and basically overlooked input provided by their peers (Ducate & Lomicka, 2008). Two additional studies found that interactivity may be something that teachers need to explicitly prepare learners for and orient them to; for example, both Dippold (2009) and Ducate and Lomicka (2008) found that when providing feedback, students felt reluctant, insufficient in expertise, and lacking specific guidance on how to give appropriate comments to their peers. Finally, in Pinkman’s (2005) study of a blog project, participants expressed their desire to develop their oral communication skills instead of merely improving their reading and writing skills in the L2. This finding echoes our earlier observation that the scope of Web 2.0 research should be expanded to include tools beyond wikis and blogs, and skills beyond reading.

Obviously, blogging is a writing activity and therefore it is not surprising that learners perceived that the project helped their writing. What is interesting to point out, however, is that every learner responded that the reason they took the course was to improve their speaking and communication skills. The course which the blog project was piloted in was an integrated
skills class, and writing is a part of this integration. Learners, however, wanted to practice speaking, communication, and discussion more than any other skill. Outside of class, however, opportunities to speak English are difficult to find and blogging was intended as a supplementary activity to keep skills up, and to aid in fluency, vocabulary acquisition, and communication.